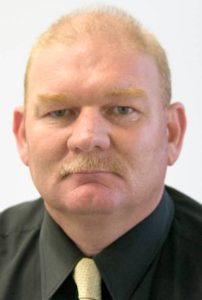 Steven Drinkwater has been involved in the development of Agility in Australia in 1989.  He has been on the Inaugural Committee of four specialist Agility clubs and also co-founded the Agility Dog Association of Australia Ltd (ADAA) in 1994.  Steven Drinkwater has been on the Board of Directors for ADAA since its inception, holding various positions including Chairman, Deputy Chairman and Secretary.

Steven Drinkwater first started his judging career in 1991 and has been judging ever since.  Steven Drinkwater is also a member of the ADAA Senior Judges Panel and is jointly responsible for the training and management of ADAA Judges.

Steven Drinkwater is also the Global Administrator of the International Agility Link (IAL), a position he has held since jointly creating the concept in 1997.  The IAL is a global competition involving 20 countries and close to 2000 dogs that communicate through e-mail and a web site.

Steven Drinkwater has conducted Agility seminars and training in New Zealand, Malaysia, England, and within Australia. 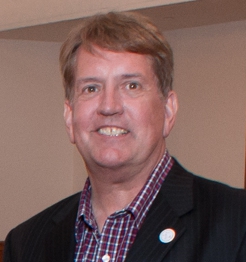 Kenneth Tatsch was an original signer of the IFCS Declaration of Support on behalf of United States Dog Agility Association (USDAA) at the IFCS organizational meeting in February 2001, in Moscow. He was Chief Judge of the 1st IFCS World Agility Championship, which was held on the 31st of March 2002 in Moscow.

Kenneth Tatsch has been involved in the dog sport since 1980.  He served as training director and president of the Dallas, Texas Dog Training Club from 1984-85. In 1985, he began study of dog agility in Great Britain under the tutelage of Peter Lewis, one of the innovators of the sport. He attended residency judges training seminars, and instructors seminars in Great Britain during the earlier years of founding the United States Dog Agility Association (USDAA), for which he has judged more than 100 events at the local, regional, national and international level over the previous twelve years.

Throughout these formative years, Kenneth Tatsch defined procedures for conduct of events from course design patterned after the original British style, a system of scorekeeping, event results reporting for clubs, and establishing an office for accumulation of event records and issuance of awards and title certificates for USDAA events.  Throughout USDAA’s development, which led the development of dog agility throughout the western hemisphere and beyond, Kenneth Tatsch has continued to exercise great care in training of judges for USDAA events, and in promoting sound training practices for dogs. Through the years he has conducted more than 100 seminars in judging, instruction and training of dogs throughout North America. He provided guidance in the late 1990s for the establishment of dog agility in Mexico, which now has a well-established program for dog agility recognized by both USDAA and the FCM (Mexico Kennel Club).

Yuri Ostashenko suggested a concept of development of cynological sport on the international level and its integration into the international sports system. Initiator of the creation of the International Federation of Cynological Sports (IFCS). In 2000 was elected the IFCS President on the Constituent Congress. In 2006 – he served at-large on the IFCS Council, and as Vice President from 2012-2016.

As principal founder and first president of IFCS, Yuri Ostashenko was engaged in sport with dogs and dogs training since 1980. In 1983 he has finished courses of instructors. In 1983-1985 he served in the Soviet Army in the Central School of Military Dog Training (Ministry of Defence of the USSR). Military speciality — instructor of service dogs.

In 1988 Yuri Ostashenko became a head of Timiryazevsky club of dog training. The team and sportsmen of the club repeatedly became prizewinners and champions of Russia in different kinds of cynological sport.

In 1994 Yuri Ostashenko initiated organization of the first Russian Championship of cynological sport out of the kennel-clubs system. Since that time he is at the head of Executive Committee of national competitions. Yuri Ostashenko made a great contribution to the forming of the system of sports cynological events in Russia. With his help cynological sport in 1997 was included into the state programs of physical education of the population in Russia and in 2000 got a support of the Russian Olympic Committee.

Higher education. Yuri Ostashenko finished the Russian State Institute of Cinematography, specialty — film-dramatist. He is an author and director of the documentary “Dog’s life”, which was screened in 1990 on the Central Popular Science Films Studio (Moscow, Russia). The film is devoted to philosophic consideration of relationship between man and dog. In 2008 he finished State P.F. Lesgaft University of Physical Culture and Sport.